Fjar wrote:A man directly in front of me in the checkout queue in Sainsbury's collapsed. Right in front of me he lets out this almighty groan and topples backwards, landing really hard on the back of his head. He looked about 6' 5" and heavy set so it was quite a whack, I can still hear the sound it made. He lay there unconscious for about 10 seconds with his eyes and mouth wide open before coming to and trying to get up, leaving a huge puddle of blood behind on the floor and his hair all wet with blood. When he was being attended to I went to the self checkouts about 20m away. Turned back to see he'd collapsed again. Last thing I saw as I was leaving was him being put into the recovery position.

It's been on my mind all afternoon, he looked pretty old, about 70+, I really hope he's ok.

Eugh, shit like that is horrible to witness. It'a a shame there's no way for you to find out if he's alright.
Top

fuck, hope you are okay

Cheers, I'm perfectly fine now - was worried I'd have nightmares about his face, but it's all good.

Been checking local news outlets, none of them are reporting a man dying after collapsing in Sainsburys, so hopefully he's ok.

The prospect of my course finishing on Friday.
It's only been three months, but I came into it having some social issues and I guess I really made it my new life, I made amazing new friends who I am never going to see again (most of us are international) and I don't really feel like I can pick up where I left off with everyone else.
Honestly I'm more sad about finishing learning and leaving my friends and tutors here than I was about leaving college or uni, which I did not expect.
Feel really lost again

One of the lads on my roller derby team is uploading photo's of when he went down to Hereford last week. He went, just with my ex who I had been split up with, a week max. Cue real mood crash.

(She'd gone because she used to live there)

They were getting too close for my liking the final weekend we split, this just sort of confirms my suspicions. No wonder she "couldn't say much more than that" in the conversation when we split up.

I know she moves fast and can never be alone but Christ.
Last.fm Profile

I just sent my bunnies away to their new home

Felt unbelievably shit all week because I knew it was coming deep down considering all we've been through recently as we've had a few of these part ways before so I kinda knew the drill, but this one really feels final, but essentially me and one of the most important people in my life have had to part ways.

Long and the short of it is, we met when we was at uni 3 ears ago and developed a really strong bond, but she was already in a long term relationship. I tried my hardest to not to do the inevitable we both did, but it did and then we didn't talk for a year, but stumbled upon each other again, he'd forgiven her at the time, but obviously we fell into our old ways and it happened again and she split with her ex. I'm whisking over it a bit as it will literally be a whole page so it sounds a lot worse, we've tried to remain friends as to try and take something out of this, but both realised we can't as it kinda feels like too much water is under the bridge in terms of the amount of pain between all parties involved and we keep falling into the same routine where we try and then get too intense in terms of a friendship. I'm not expecting any sympathy as I know I've been a complete selfish cunt, but it still hurts like hell, I guess I deserve it, but I need to vent

That's shit Mike. Never easy to let a friend go.
If you don't mind me asking, though, why can't you try for a relationship together? Especially if she's split with her ex over you two not being able to keep your hands off each other?

I can only speak for how I'd look at it, obviously, but if I'd got a history like that with someone, I'd be more than tempted to give it a go. Otherwise all that drama was for nothing.
Buy me a beer at:
8-11/8 - Bloodstock
Top

Tell me about it mate absolutely gutted, but I honestly I don't know mate, she has got things that she needs to sort out and realistically I do to, but at the same time we can't seem to just stay friends, it's almost like it's got too complicated now in some regards 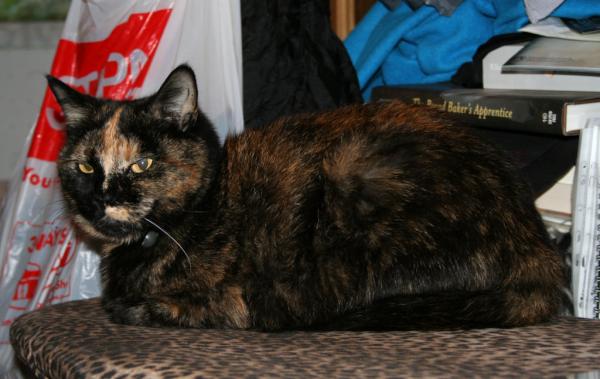 Beautiful kitty, sorry for your loss.

Sorry to hear it. At least she had a long life which I assume was filled with love

I hope you enjoy many memories of her.