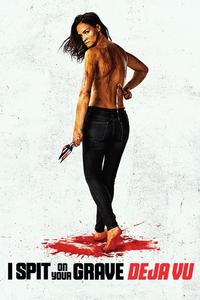 A lot of water has passed under the bridge since the original I Spit On Your Grave was released. Forty-one years of it all told. In that time, the "video nasties" scare came and went (although it still returns briefly in different forms every now and again whenever the media discover the latest random psycho/gun nut has a couple of horror films in his movie collection), and the series was rebooted in 2010 with a remake, and two sequels which followed shortly after. Better produced and twice as brutal as the original, these three adventures in torture porn should have been more than enough grave spitting for one lifetime.

Unfortunately, Meir Zarchi - the director of the original movie - thought differently, and at the tender age of eighty, somehow came to the conclusion that four decades later, the world needed a proper sequel and took his place behind the camera once again. Obviously not wanting to upset the misguided octogenarian, nobody appeared to speak up against him, and I Spit On Your Grave: Deja Vu is the disastrous result.

Firstly, let's start with the fact that the film is TWO AND A HALF HOURS LONG. Seriously, wtf? If this was a big budget Hollywood blockbuster full of explosions and barely understandable time travel then okay, that would be fine. But it isn't. It's an extremely low budget bit of schlocky rape/revenge nonsense that becomes a pain in the arse to watch after just thirty excruciating minutes.

Those of you who remember the nineties might remember a comedian called Jim Tavaré. You know, the tall posh guy with the double bass who was only ever funny for about five or ten minutes? Yeah well, for reasons best known to his agent, he actually stars in this godawful mess. Playing a redneck baddie while sporting a half-arsed Lemmy moustache, a pair of dungarees, and a ridiculous stutter, for most of his time on screen, Tavaré comes across like a hillbilly Basil Fawlty with a speech impediment, and his character - like most things in the film - makes little to no sense at all. First he's a bad guy. Then he's a good guy. Then he's a bad guy again. Oh, just kill the bald dickhead already, will you.

The story - what there is of it - has the rape victim from the original (Zarchi's real life wife, Camille Keaton) coming to a small town to promote her book and meet up with her supermodel daughter. Kidnapped by the families of the men she killed in the original, Keaton is raped, murdered and beheaded, while her daughter is merely kidnapped and raped. Good times.

Escaping the rapists, the daughter discovers the body of her mother, goes bonkers and basically re-enacts the original film, sometimes exactly and even word for word. For ninety more minutes, the air is filled with the sound of rednecks with Tourette's Syndrome relentlessly shouting "FUCK!", "CUNT!", "FUCK!", "SHIT!" at anything that moves, only stopping occasionally to die in a variety of unlikely, CGI assisted ways.

While the original is bathed in notoriety, the closest this badly edited knock-off ever comes is the violent rape scene which features a fifty year old woman with bad teeth and saggy tits trying her hand at assertive lesbianism. And nobody needs to see that. Scenes drag on endlessly full of inane dialogue and bad acting, I lost count of how many times people literally spit on graves, and the tagged on final half an hour (which somehow manages to be simultaneously ridiculously stupid and mind-numbingly boring) is so utterly fucking woeful that it doesn't even bear thinking about.

bloodfiend wrote:Not so much, all the MCU films are a continual story, but in terms of the Avengers films, only the 3rd and 4th are direct sequals.

Well we sat down and watched Infinity War last night having never seen the other films you mentioned and enjoyed it as a stand alone film immensely. I'm glad I at least watched the previous two, to have some back story of the characters but as a film it was infinitely better than those.

I think we're going to watch Thor Ragnarok, Black Panther, etc now before watching End Game as I have more enthusiasm for these films now. Is watching Ant Man/Ant Man & the Wasp essential for End Game as those look a bit crap?
Top

Not essential but it helps if you want to know where ant man was during infinity war. Although I think he explains that a bit anyway. I liked the first antman but not the second.

I think Endgame is better the more marvel films you watch. There's a lot of fan service in it. It really rewards the fans who have watched every marvel film. It's a good film on its own but there's lots of points where if you've seen every film you'll go "ah" and geek out a bit.

What MCU films have you seen?
I see the bad moon arising.
Top

I think just the first three Avengers movies plus Incredible Hulk and a bit of Iron Man.
Top

gavdann wrote:Well we sat down and watched Infinity War last night having never seen the other films you mentioned and enjoyed it as a stand alone film immensely. I'm glad I at least watched the previous two, to have some back story of the characters but as a film it was infinitely better than those.

I think we're going to watch Thor Ragnarok, Black Panther, etc now before watching End Game as I have more enthusiasm for these films now. Is watching Ant Man/Ant Man & the Wasp essential for End Game as those look a bit crap?

Ant Man & The Wasp contains a scene that's key for Endgame... and they're not crap at all, they're excellent, on a much smaller scale that Avengers but very enjoyable, just watch Ant Man & The Wasp, as you don't really need to see the first one to watch the second.

Seeing as you thought there were too many characters in the Avengers, you should like the other films, as they're more focused on the indivual characters, Dr Strange, Black Panther, Thor Ragnarok, Guardians Of The Galaxy, Ant Man & The Wasp and Captain America The Winter Soldiers are all brilliant and will give you the background to the Avengers movies.
Top

Thor dark world is referenced a fair bit in Endgame even though it's one of the least popular MCU movies.
I see the bad moon arising.
Top

Ghost wrote:Thor dark world is referenced a fair bit in Endgame even though it's one of the least popular MCU movies.

Only really in Thor's blatherings, it's definitely not essential before watching Endgame. Thor The Dark World, Incredible Hulk, Iron Man 2 and Age Of Ultron are the only MCU films that I would advise people to avoid.
Top

Would have watched the first one but couldn't get the stream to play. Winter Soldier seemed to explain quite a bit about the events from the first film though anyway.
Top

Would have watched the first one but couldn't get the stream to play. Winter Soldier seemed to explain quite a bit about the events from the first film though anyway.

You watching the MCU out of order is freaking me out a little.

Ghost wrote:You watching the MCU out of order is freaking me out a little.

It's quite fun actually. It means we can fill in bits of understanding about the films we've already seen.

I think we're going to go back to the beginning from now on though and watch the first Iron Man and Thor this weekend.
Top

Well Iron Man is great. Just think if that film was a flop then we might not have the amount of superhero films we get now. I enjoyed Thor when I saw it at the cinema but i did have low expectations.
I see the bad moon arising.
Top

Thor was good, but they either didn't think about the ending, or didn't expect to make a sequel. (Not going to elaborate on that, since gavdann hasn't seen it yet, but people who have seen it probably know what I'm talking about.)
"I don't always go to clubs... but when I do, I enter through the ladies room"
~ Adam Jenson
Top

Crammed a few more MCU films at the weekend.

Not sure why I liked Thor more than Iron Man. It's either the fantasy and Vikings geek in me or the fact I just find Robert Downey Jnr irritating.

The ending of Thor was a bit silly, seemed quite low budget and weirdly reminded me of Fistful of Dollars but I still enjoyed it slightly more than Iron Man.

The best thing for me about Iron Man was Jeff Bridges who's just a brilliant actor. I could watch him all day. I'm sure I'm not the first but I kept being reminded of the parallels between Tony Stark and Bruce Wayne. I'm sorry but Bruce is 10x the billionaire playboy that Tony is and Batman Begins and The Dark Knight are 10x the movies than Iron Man 1 & 2 are.

So far Winter Soldier has been me favourite film, tonight I'm gonna try to watch First Avenger but also have the latest GoT to watch.
Top 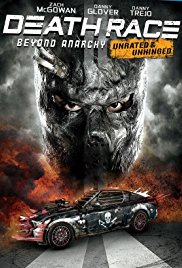 It's the future. Big sweaty men and scary looking women listen to Nu-Metal, kill each other with nasty weapons, and drive cars around eastern European scrapyards at ridiculously high speeds.

Oh, and I may now be in love with someone called Lucy Aarden.

For me Iron Man 3 was the best of his solo trilogy 8/10. For the first time I didn't find RDJ/Tony Stark annoying. I suppose a main part of the plot is he has become humbled in the fall out from Avengers. I also thought the Mandarin army were the most convincing bad guys of the trilogy. Ben Kingsley was great.

I must be in the minority because I rather enjoyed Thor: Dark World 6.5/10. The first 30 minutes were a bit weird and the whole concept of that red ether, 9 realms, etc got lost on me a bit but it was still good fun. I also didn't understand the ending.. i.e. how Loki face swapped with Odin. Did I miss something? Has he killed Odin?. Maybe it's explained in one of the next films because I don't remember Loki even being in Age of Ultron. Perhaps I'll just google it.

Still got to watch Cap Am: First Avenger but it's Guardians of the Galaxy and Ant-Man next. Fuck it, I've got to do all of them now.
Top
Post Reply
16662 posts