Did anyone watch the Paxman interviews? I missed the actual show, though saw a few clips online and read a few reports. It sounds like neither overly harmed their chances. Slightly more people seem to think Corbyn handled it better. Most seem to agree that Paxman is passed it.

Would anyone agree / disagree with the above?

Haldamir319 wrote:Did anyone watch the Paxman interviews? I missed the actual show, though saw a few clips online and read a few reports. It sounds like neither overly harmed their chances. Slightly more people seem to think Corbyn handled it better. Most seem to agree that Paxman is passed it.

Would anyone agree / disagree with the above?

Corbyn came off better for two reasons:
1) For someone people had written off for the last few years he's suddenly come into his own which has taken people aback. He appears alot more credible now than this time last year.
2) He didn't come off po-faced and appeared level headed when he was criticized whereas May seemed rankled and would try and wave off criticism with a slogan (repeat after me, strong and stable leadership

Saying that, I wouldn't say May harmed her chances as she performed pretty much in line with what people were expecting, it was Corbyn who punched above his weight a little.

As for Paxman? I think he's just rusty, he's been out of the loop awhile and wasn't his usual pressing self and was a bit more subdued than he used to be. I imagine if he had a bit of a warm up prior (maybe a guest week on Newsnight or something) and he'll be back to his norm.
Top

For anyone that's interested, Vote For Policies has update their site for the 2017 manifestos.

I put in the postcode for Buckingham Palace though because I don't actually live in England or Wales. The only main party who run here are Conservative, and aside from not liking any of their policies I can't vote for someone who looks like the Tayto Man. 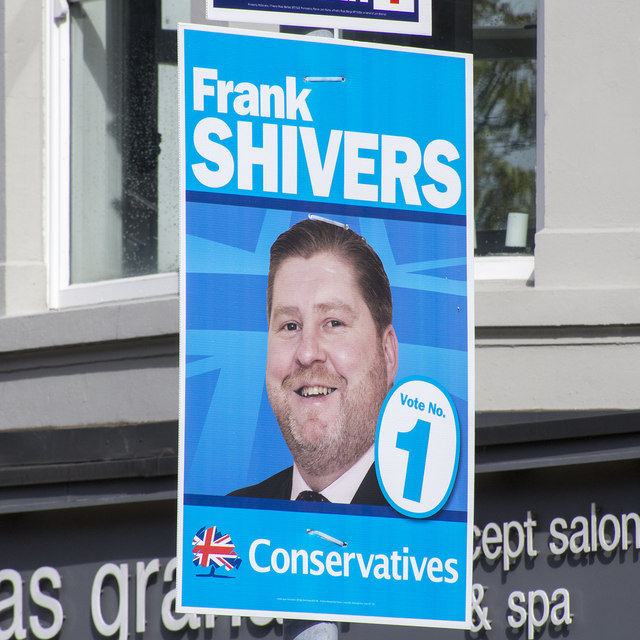 The "Money Free Party" are standing in my area (Bristol West)

Considering I live in such a Tory safe seat I'm blown away at the amount of Lib/Lab/UKIP canvassing I'm seeing, first election since '97 that other parties are actually bothering. Part of me hopes we finally ditch our Tory MP, vile woman.
Top

That's the sort of personal attacks that local electioneering in North Down consists of basically! The various Unionist parties have been trying to discredit Sylvia Hermon based on her parliamentary voting record ever since she left the UUP in 2010 and retained the seat as an independent (with a crushing 63.3% majority.) There's even an electoral pact between UUP and DUP to not split the Unionist vote in order to unseat her but she still got 49.2% last time. She'll probably hold the seat til she retires to be honest. Great MP, one of the most dedicated constituency issue representatives in the Commons.

Good too see Lib Dem catching up!
I will be voting for Liberal Democrats (there are only really 2 choices in my area) and hope for a surprise Labour victory.
Such is the power of the Tory control over the media, and extent of their smear campaign and slander towards Corbyn that it's hardly surprising they are in the lead here, and probably overall.
I believe the conservative campaign to be a veil of lies to keep the rich minority in affluence and comfort while everybody else is made too suffer only too feed the top 5%'s insatiable greed.
This is just my opinion though, each to they're own, regardless of what I think though, remember who has control over the media and what you may read.
Top

Diane Abbot taking "indefinite leave" as she's "under the weather", bit bloody late in the day to have an effect on anything

Was gonna say. Should've been done after her second or third car wreck interview.

It's now being reported that she's been diagnosed with a long-term illness. Sounds like it could actually be something quite serious.

I'm fully expecting her to make a miraculous recovery on Friday. Maybe I'll be proven wrong about that.
CH3NO2 -- It's the only way to be sure
You laugh at me because I'm different. I pity you, you're all the same...
Top

Quite surprised to see so many people voting Tory here, historically they've always been the party the metal and alternative scenes hate the most!!
http://www.last.fm/user/slaytanic1
Top
Post Reply
1315 posts