Years ago, a young barmaid pinched my backside quite hard then pretended she hadn't done anything. Should I hunt her down and bring her to justice?
DISTORTION JUNKIES SHALL INHERIT THE EARTH
Top

Were you afraid she would do more even if you didn't want her to? Power and fear are big factors here.

Thanks for replying to this thread. Never say die!

Obviously, I don't think a one-off pinch on the bottom should be a crime. Yes, a man (on average) is more capable of physically harassing a woman than vice-versa but it would not be fair to assume he had the intention so I think both sexes should be treated equally.

The interesting underlying question is why morality changes with time, because human nature itself doesn't change. I think it probably has a lot to do with material living standards and priorities.
DISTORTION JUNKIES SHALL INHERIT THE EARTH
Top

I think this hysteria will pass. Modern media needs, not just to garner interest, but to draw a reaction (comment, like, dislike, share) for a story to gain traction. Therefore, stories have to push people's buttons and get them to interact - #metoo is another one of these information age phenomenons.

Tbh, I'm not sure I agree that human nature stays the same.

Our morality does shift, but that shift is (in a way) innate imo. Our sense of right and wrong responds to the massive social forces about us and that flexibility is a big part of human nature. We are nothing without a social environment to make sense of ourselves. Societies/groups have at one time or another even held brutality and cruelty as virtuous ideas; or seen young boys as a sexual ideal - like in ancient Greece or the Lostprophets.

Ergo, 'human nature' does change, and that change is (part of) the essence of human nature itself.
Welcome to a brave new world/ The future here or haven't you heard?
Top

^ By human nature I mean brain function and the underlying genetics. If conditions change in future, such as a big decline in energy supply, then morality could 'go back' to something harsher. If we continue down the liberal path then I'm pretty sure today's snowflakes will be appalled at some behaviours that become acceptable in about 40 years time.
DISTORTION JUNKIES SHALL INHERIT THE EARTH
Top

Al Bundy foreseen this years ago. 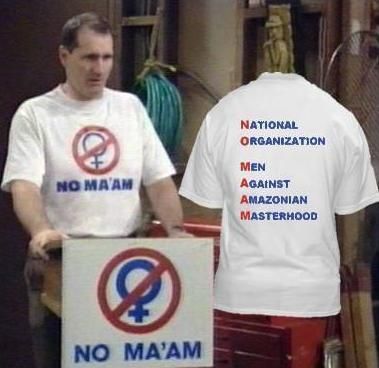 Metalchemyst wrote:^ By human nature I mean brain function and the underlying genetics. If conditions change in future, such as a big decline in energy supply, then morality could 'go back' to something harsher. If we continue down the liberal path then I'm pretty sure today's snowflakes will be appalled at some behaviours that become acceptable in about 40 years time.

I do get that, there is definitely a base instinct within humans. But what I mean is it may well be that, as an adjunct to our chemical genetic disposition, we are subjected to a fundamental change in our sense of social responsibly due to environmental factors. I also think that the extent to which an individual will change once socially 'matured' is debatable. The not so distant past tells us that both kindness and cruelty manifest as a response to times of crisis. However modern crisis never managed to brake the modern morale paradigm in the west - The cruelty virtue was only ever a theme of fascism, not its central tenant. Also, as far as I know, only war has acted as a catalyst for a fundamental moral shifts within the modern European setup, so we would probably need one of those for a big change. Not to mention, once it was over in Ww2, the population (in the west) shifted to the left again (For GB a bit of socialism - NHS/The welfare state. For Germany- Neo liberalism). What I'm saying is, unless society falls completely, I doubt we will return to a state of brutal social convention, because what we learn about kindness and protection becomes an innate aspect of our behaviour. Therefore, our consumption of social convention (whatever it may be) is innate, and to an extent permanent.
Welcome to a brave new world/ The future here or haven't you heard?
Top
Post Reply
7 posts • Page 1 of 1