You can forget WASP, zero chance of them playing again.
a caffeine addict and known hater of mornings

Were Code Orange popular on the Facebook page? There is also the chance that they were part of a package deal for another band the organisers actually wanted.

Best way to show your displeasure with a band is to not watch them play, if hardly anybody watches them, then everybody responsible should get the message. Complaining online can be brushed off as a vocal minority but if the majority doesn't turn up to see them play then that has to be a hard message to ignore?
Top

If we're getting a 'core' band near the top of the bill, I'd rather we got someone like Converge tbh. I've not seen them myself, but they have a really really good live rep.

Black Wizard wrote:But Within Temptation are in Germany on the Saturday of Bloodstock so they won't be here!

So there's still a chance of Within Temptation playing BOA you say?

varangian wrote:it`s like the pay talks at work if they cannot get this act one year they can try for it the next (For example the Phil Mogg, UFO retirement show)
No way they could also for instance get the German Big four, but its a hope for next year as I`m sure "they" looked at it

Similarly think classic hardcore say DRI would go down great like Suicidal Tendencies did this year, be nice to see SOD one year also.

What's this about Mogg and UFO? Also, are there plans for shows for the German big 4

I'd jump at the chance of DRI, they are still great live. As for SOD I'm sorry to burst your bubble but apart from Billy Milano nobody involved wants to do it (unless for silly money which BOA don't have), I'd settle for MOD but even they're done now

houston4044 wrote:So there's still a chance of Within Temptation playing BOA you say? 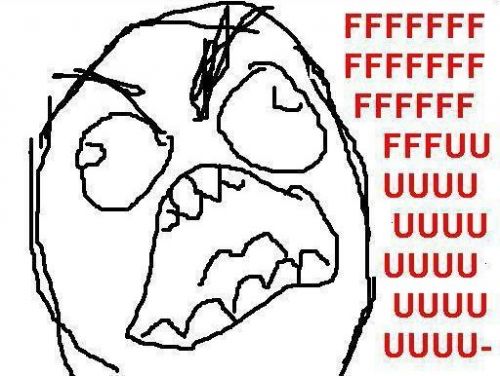 Next announcement on 20th November (from Vicky on Twitter).
a caffeine addict and known hater of mornings

So who finishes a tour in the next week then?

Not the last headline says Vicky on the Rock Soc FB.
a caffeine addict and known hater of mornings

I think we can safely say that WASP won't be returning to Bloodstock. Mind you, I thought that about Watain as well, and they did, so who knows? As for Krokus, where on earth did that come from? They're nowhere near big enough. Of the bands you listed, I'd say you can rule out the melodic ones. We've already got two of those headlining. I could see LoG, Parkway Drive or perhaps Behemoth. Dimmu at a push (even if they'd be my first pick from those).
CH3NO2 -- It's the only way to be sure
You laugh at me because I'm different. I pity you, you're all the same...
Top

What's this about Mogg and UFO? Also, are there plans for shows for the German big 4

Apparently Mogg is retiring put a thread on Wishlist about it, same with Krokus apparently but if they were to say a goodbye to the UK I`m sure they would get more respect from the BOA crowd than Brownload
No UK shows planned for the German Big Four but suggestions are needed that might get considered

Already as expected the "they aren't big enough" "They wont play again" or "it`ll be Park Drive" brigade have reared
Without making any New/Original suggestion of their own, So please do say " UFO are crap, didn't sell the Ipswich Odeon and wouldn't go down well but what about (Insert wondrous name here) "

It's going to be Darkthrone, Burzum and Bathory.

Gandalf the Red wrote:It's going to be Darkthrone, Burzum and Bathory.

Why not Deicide, Full of Hell, Immolation and Dying Fetus then?
Top
Post Reply
1951 posts