After EIGHT successively sold out years, and having cemented the Beermageddon name as Britains best 100% independent, 100% grass roots event, Beermageddon returns for the ninth year over the August Bank Holiday weekend 2020 to Stoke Prior Sports & Country Club with 3 days of hard and heavy metal!

Bigger and Louder than ever before, welcome to Beermageddon 2020!

As announced exclusively on The Beerman Show tonight Beermageddon opens strong with its first announcements for 2020 (Double Vision)....

FRIDAY NIGHT HEADLINER
YOU VOTED, THEY ARE BACK!!!

Wired THCEvery year you the fans vote for the band you want to return to Beermageddon to take our Friday Night Headline slot, you voted, we listened and 2020 will see a welcome return for...

This Midlands supergroup have been carving one hell of a name for themselves in the metal underground, their shows are a relentless assault that has to be seen, as proved by your votes to see them back!!

All the thrash, all the hardcore, in all its glory once again at Beermageddon 2020 for a full headline set!!

Infected DeadAs always at Beermageddon we have been out scouting for the best bands to bring you at the festival, recently we caught one of the most exciting death metal bands on the circuit and of course we booked them...

We were blown away by them live when we caught them in Birmingham and with a new album coming in 2020 they were the perfect addition to bring the brutality to Bromsgrove at Beermageddon!!

KullContinuing the legacy of fantasy symphonic band Bal-Sagoth, Beermageddon brings you the next chapter...

Songwriters, Guitarist Chris Maudling and Jonny Maudling on Synth's, along with bassist Alistair MacLatchy and drummer Paul Jackson formed Kull with new vocalist Tarkan Alp. Carrying on from their work with Bal-Sagoth with a darker and heavier sound, Kull released their immense debut album 'Exile' through Black Lion records in May 2019 to critical acclaim, and here at Beermageddon we judged it as a masterpiece!!

To say we are hugely excited about Kull is an uderstatement, and we know they will lay waste to the hallowed grounds of Beermageddon when they take the stage over the August Bank Holiday at Beermageddon 2020!!

NetherhallWell known and recognised across the Second City, and purveyers of groove, alt and progressive metal Beermageddon brings you!!

A band it's fair to say are no strangers to the bigger stages having played the likes of Bloodstock and HRH Metal, and no strangers to Beermageddon supporting the festival each year, we knew it was time to unleash them onto our stage!

We have witnessed Netherhalls live show many times and on stage they are unsurpassed, high energy, highly polished perfection as you will see at Beermageddon 2020!!

GRABBING THE BIRMINGHAM HARDCORE SCENE
BY THE THROAT

Johanna ReyOne passion we hold dear at Beermageddon is supporting the cream of the underground, the bands you will be seeing on the big stages across the world in the future and holding on to that ethos we welcome...

They burst onto the Birmingham hardcore scene in 2018 and Johanna Rey mix experimental metal themes with punk sounds and unexpected time changes to create a unique set of songs.

Expect some of the fastest and nastiest drum beats with savage riffs and penetrating screamsas Johanna Rey take the stage at Beermageddon 2020!


The Friday Theme for 2020 will be a HALLOWTHEME all Hallows Eve for one night only, in August!! 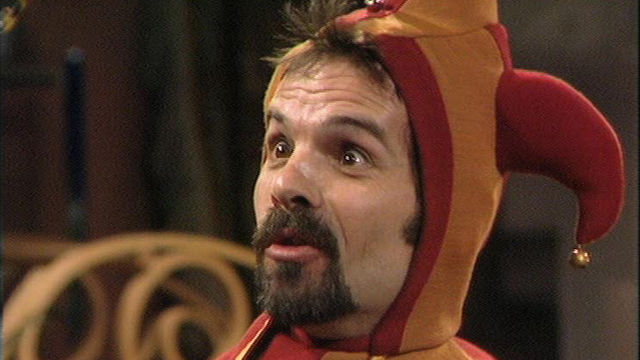 Ha haaa this is exactly what I want

Fronted by PAUL DI'ANNO and including four former IRON MAIDEN members, we will celebrate the 40th anniversary of the release of IRON MAIDEN's debut album in a headline BEERMAGEDDON set from...

The lineup has been specially formed for this totally unique occasion and this will be a one-off and never-to-be-repeated performance..

This will be vocalist PAUL DI'ANNO's final ever live performance. After experiencing serious health difficulties in recent months, Paul has now taken the advice of his doctors and will retire from the live stage in 2020 after the IDES OF MARCH performance at BEERMAGEDDON. It is going to take one mighty effort for Paul to pull off this performance but he is determined to go out in style and give his fans one memorable final thank you and goodbye.

Paul said: "It's been a tough four years waiting to play again. I hope to be standing for this show and I'm really looking forward to it. Standing up would be great - if not, Hell on wheels coming to ya!"

The IDES OF MARCH setlist for BEERMAGEDDON will include plenty of surprises with some songs being played live for the first time in literally decades. Stand by for further announcements during the run-up to August.

Guitarist Terry Wapram said: "Really looking forward to working with these guys. Our paths have crossed many times but we never played together. Should be a killer line-up and a very special night."

A forthcoming biographical documentary movie on Paul's life is currently in the making and the producers will be filming the BEERMAGEDDON performance on 30th August. The movie is being created and directed by Wes Orshoski, the creator of 'Lemmy - The Movie' and more details about the movie will be released during 2020.

Jim Beerman, festival organiser added "Beermageddon has always been about creating magical moments, and as an old school metal head I can think of nothing better than closing this years festival with Ides of March, musicians who have played such a pivotal role in the history of metal, playing songs, from aruguably one of the greatest debut albums ever released, plus so much more, it doesn't get any more magical than that."

Bringing old school death metal, from right here in Birmingham, the birthplace of metal, Beermageddon welcomes the brutality of...

After a close to 20 year break the band burst back onto stages up and down the country five years ago! Back in November we caught Absolution live, our jaws hit the floor, and knew their brand of old school death would be perfect for this years festival.

Now they are set to lay waste to our stage at Beermageddon 2020, and it will be one hell of a show, so brace yourselves as Absolution bring the Brutality to Bromsgrove!! 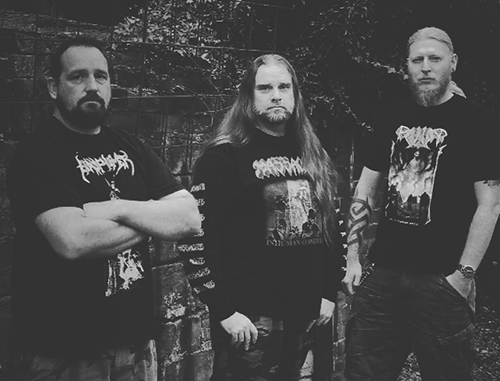 The name of a rare autoimmune blistering skin disease, PEMPHIGOID was chosen as the band's moniker. And this medical theme features prominently in the bands lyrics. Songs telling stories of disease, mental illness, surgery and various clinical institutionalised horrors...

TICKETS AVAILABLE AT THE LOW PRICE OF JUST £45

Di'Anno's last ever live performance? Wow....although I saw a recent video of him live and he seemed to be really struggling. Plus 40 years is definitely long enough to have flogged the first 2 Maiden albums to death for.
Top

By far the best announcement of yesterday.

“He likes having the ball, playing football, passes. It’s like an orchestra. But it’s a silent song. But I like heavy metal more. I always want it loud.” - Jürgen Klopp
Top
Post Reply
7 posts • Page 1 of 1

Return to “Gigs, tours and festivals”